Last week I was reading a study showing that SDG 14 and 15 are the two least mentioned by businesses, so I decided to explore this more in depth. Considering how many business schools are in coastal communities, and how much business , not to mention all of us depend on oceans, SDG 14 Life Below Water is surprisingly absent from business school curriculum.

Part of my research involved reading Eat Like a Fish by Bren Smith. I highly recommend this for students. It has nothing to do with becoming a fisherman (note: female fishermen are also called fishermen) but instead can help students to see the world around them, including the opportunities and the challenges, from a different lens. This week’s list focuses on 7 points I found interesting from the book mixed in with some examples from business schools.

“Those on the hunt for omega 3 are often supposed to learn that fish don’t create these heart healthy nutrients themselves, they consume them. By eating the plants fish eat, we get the same benefits, while reducing pressure on fish stocks. So, it’s high time that we eat like fish.” P. 158

Aquaculture (an industry worth a hundred billion dollars) is being forced to scale up to replace fish stocks disseminated by overfishing and pollution. However, the industry has repeated too many of the mistakes of industrial farming - including the shrinking of genetic diversity, a disregard for conservation, and the global spread of intensive farming methods before their consequences are completely understood. It remains hooked onto growing carnivorous species that require large volumes of fish feed from wild caught fish. Why grow fish if there are thousands of potential crops that don’t swim, are cheap to grow, and feed naturally on what’s already in the water? This question is rarely asked, because the founding operating principle of the modern aquaculture industry is to grow based on existing marketing demand-farming what consumers already wanted to eat.

If you are a fan of oysters, as I am, you will be happy to hear that they aren’t just good on the taste buds. They are also good for our oceans. Oyster farming is sustainable. They don’t need feeding, or antibiotics. Instead, while developing into tasty little morsels for us to enjoy, they spend their time actively sequestering carbon and are powerful agents of restoration; they filter up to one hundred and fifty litres of water a day, pulling nitrogen out of the water column. Growing bivalves could fulfil the protein requirements of more than one billion people. Oysters can also form dense reefs that act as breakwaters, absorbing wave energy. The Global Ocean Accounts Partnership, coordinated by UNSW Sydney, aims to enable countries to better understand the values of their oceans and its resources and to use that to inform more sustainable decision making.

“For most working Americans, climate change is not an environmental issue. It’s not about saving birds, bees or even bears stranded and starving on melting ice floats. It is about bread-and-butter economics. For decades workers - coal miners, fishermen, farmers, loggers – have been told they need to choose between protecting their jobs and protecting the environment. This isn’t the case.” Reykjavik University has a collaboration with Fisheries Iceland to increase value creation from a scarce resource. The agreement emphasizes the need to continue strengthening education and development in the fisheries sector, in line with the changing needs for the future.  It includes research projects and projects with students engaging them in new ideas.

“One out of three fish sold in the US is not what it promises to be, and, globally, one in five fish is mislabelled.” The Guardian found similar numbers in their studies, indicating seafood fraud on a vast global scale. Sometimes the fish are labelled as different species in the same family but other substitutes were of endangered or vulnerable species. In one case prawn balls sold frequently were found to contain pork, not prawns. Because seafood is the most internationally traded food, often through complex and opaque supply chains, it is highly vulnerable, but also easy and profitable to mislabel it. In Finland and Germany, restaurant mislabelling rates were as high as 50%.

I was struck by the story of Dr. Kathleen Drew-Baker, a lecturer in botany at the University of Manchester where she studied algae. At the time, the university barred women from lecturing after marriage, so she was fired and relegated to an unpaid research fellow. Undeterred, she set out to figure out how to reproduce algae spores. In 1949 she published a paper in Nature detailing her work. In Japan, Sokichi Segway read the paper and combined it with new techniques which are credited for rescuing the nori industry and are still used by farmers today. She was forgotten in the US and Europe but is celebrated in Japan as the Mother of the Sea. In Osaka, where she is seen as a hero, there is a monument in her honour and every year since 1953 there has been a Drew Festival.

As a greenhouse gas, methane is 28 times more powerful than carbon dioxide (CO2).  In 2016, research from Australia’s James Cook University showed that substituting a fraction of a cow’s feed with a particular seaweed resulted in a massive reduction in methane production. They developed a seaweed feed ingredient using a type of seaweed native to Australia. Other universities are also exploring this including Nottingham University Business School. One of their projects in collaboration with ASDA and Arla is to introduce seaweed-based food supplements into the diet of the cows.  But cows aren’t the only ones encouraged to eat more seaweed. Eating seaweed is good for us and the oceans as well as it is fast growing, nutrient dense, absorbs carbon dioxide, and doesn’t need fertilisers.

Outdoor clothing company Patagonia has a Director of Philosophy. His role is to inspire the company beyond sustainability and corporate responsibility. In practice this involves teaching company history and values to employees, ensuring the company is living its values and supporting the development of business schools (working with Yale). As if Patagonia didn’t already have many interesting sustainability focused case studies, they are now also moving into the food sector to catalyse the regenerative economy. As founder Yvon Chouinard puts it, “People need a new jacket every five or ten years, but they eat three times a day. If we really want to protect our planet, it starts with food”.

CFO Coalition for the SDGs have been brainstorming

Waste in space: the problem with space debris

Beauty is in your mind 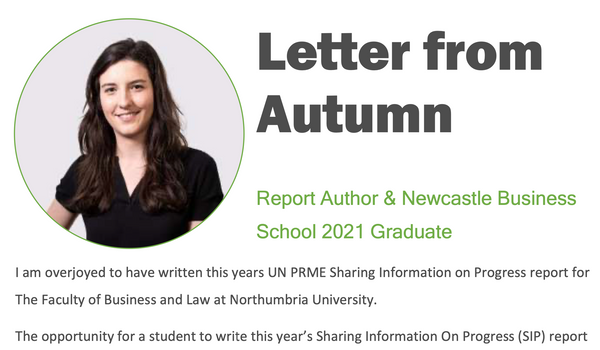 Members only
When students write the sustainability report. 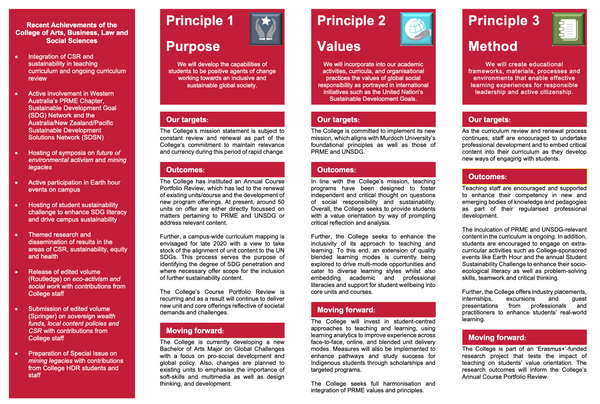 Members only
How short can you make a sustainability report? 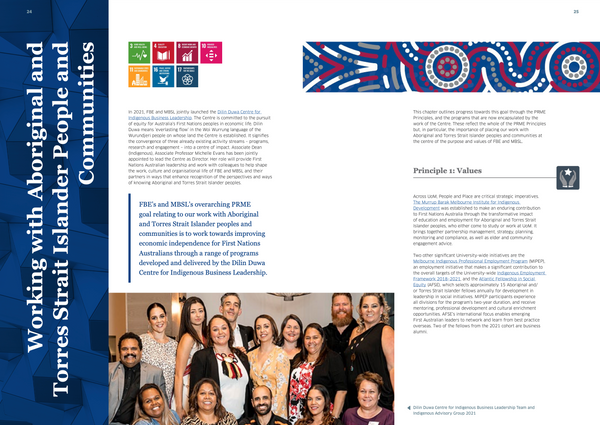 Members only
How business schools are reporting on sustainability.