This week’s list is on a global treaty on plastics and how business schools can engage in it.

I am still reading through the almost 300 Sustainability reports submitted by business schools to PRME. They are much longer and also much stronger than in past years. There are many things that I have been pleasantly surprised by, but there are always a few things I’m surprised not to see more of in there. Plastic, for example, hardly gets a mention in relation to campus let alone curriculum and research.  This week is focused on plastic because a new legally binding instrument to end plastic pollution (see point 1) won’t work unless business schools start preparing future leaders.

“We will not recycle our way out of the plastic pollution crisis: we need a systemic transformation to achieve the transition to a circular economy”. Inger Andersen, UNEP Executive Director put it

(ISSUE) The UN Environment Assembly recently decided to start negotiations on a new, internationally legally binding instrument to end plastic pollution as well as to establish a science-policy panel on chemicals and waste and to prevent pollution (see draft resolution here). The science body would be similar to the Intergovernmental Science-Policy Panel on Climate Change (IPCC) and the Intergovernmental Science-Policy Panel on Biodiversity and Ecosystem Services (IPBES). The agreement will be signed by 2024 (which is quick in UN negotiation terms, usually this would take 5+ years) and will address the full lifecycle of plastics, including production, design, and disposal, as well as the design of reusable and recyclable products and materials.

+UNEP is convening a forum at the end of 2022 to share knowledge and best practices from around the world. If you are doing something interesting in this field, be sure to share!

(CURRICULUM) One of the assignments in the MA Advertising and Marketing at the University of Leeds Business School is the “Water Bottle Brief”.  Designed to increase students’ awareness of the effects of single use plastics, and help promote the university’s #PlasticPledge2023 to remove single use plastics from all of its operations. Students were asked to create a campaign poster and the winning poster by Nikhita Alex is fantastic! In another course on Commercial and Professional Skills, students were asked to assess the effectiveness of communications and engagement around the PlasticPledge campaign.

+ Rather than just an assignment, could we not have an interdisciplinary course focused on plastics?

(RESEARCH, PARTNERSHIPS) In 2020, Reykjavik University and Pure North Recycling signed a collaboration agreement; the aim is to strengthen the Icelandic recycling economy to develop new ways of recycling plastic, increase automation in processing and increase public awareness. This also includes a lifecycle analysis and the inflow and outflow of plastic in Iceland.  Pure North uses geothermal energy to recycle plastics in Iceland instead of shipping the waste abroad. Geothermal wastewater, which is very hot, is used to clean the plastics and also eliminates the need for additional energy and chemicals, and then uses geothermal heat to dry them. Pure North also taught a three-week course for all first-year engineering students where students worked on various innovative plastic recycling projects.

(CAMPUS, PARTNERSHIPS) Soft plastics (plastics that can be “scrunched” in your hand such as plastic bags) can’t go in your recycling bin. I have seen the mess they make of recycling facilities, clogging machines and causing downtime (this video shows you why!!). Instead, soft plastics need to be recycled separately but one rarely finds conveniently located bins. The University of Newcastle in Australia trialled a program in partnerships with Plastic Police to turn soft plastic into benches placed around campus. They also have a map of all soft plastic recycling spots on campus. Another University in Australia, Deakin, partnered with Close The Loop to transform the soft plastics generated within logistics, hospitality venues, and laboratories, into an additive for a sustainable asphalt product called Reconophalt, that has been used on campus.

+ Are you raising awareness around soft plastics as well in your campus greening?

(RESEARCH) In 2004, Professor Richard Thompson and his team showed that microplastic particles had been accumulating in the oceans. This has led to global efforts to ban microbeads in cosmetics, for example.  Today the University of Plymouth’s International Marine Litter Research Unit continues to lead research on plastic pollution in marine environments and how it gets there. Some of their research shows that a domestic washing machine can release more than 700,000 microscopic fibres into waste water and that tyre wear from cars driving on UK roads would account for 65% of all microplastics released there.

(CURRICULUM) The University of Salford has been working to eliminate “avoidable single-use plastics” from catering and labs in 2022 as part of their PlasticFreeUOS campaign. This is part of PlasticFreeGM (Greater Manchester), the first city-region wide plan to drive down avoidable single-use plastics. In December 2021, International Marketing students were tasked to design and create visual materials supporting the campaign, according to a set of criteria. Not only did the competition raise their awareness around the importance of reducing single use plastics but it also gave them an opportunity to increase their employability by developing their transferable skills. The winning team will be working with the University’s Environmental Sustainability Team and Marketing Team.

(CAMPUS, STUDENTS) I really love this sculpture (see image at the top) at the University of Chester, designed to encourage recycling while demonstrating the negative impact of plastic on marine life. The sculpture is made of reclaimed metal work by a local Welding Academy.  Students also pitched another giant sculpture as their idea in the finals of The Pitch 2020 organised by the Chartered Institute of Marketing. Entrants had to come up with a marketing communications plan to publicise Lidl’s (a supermarket chain) progress in reducing its plastic packaging ahead of its target in 2022, whilst also encouraging customers to reduce their own plastic use. One of the teams devised the Marine Giants campaign which looked to garner public support by commissioning artists to create giant sculptures of a whale, turtle, coral and a fish in four major city stores from recyclable plastic donated by the public.

A FEW FACTS AND FIGURES

Before you throw away that little plastic spoon thinking it really isn’t a big deal in the grand scheme of things…well, turns out it really is. According to UNEP, plastic production soared from 2 million tonnes in 1950 to 348 million tonnes in 2017, becoming a global industry valued at US$522.6 billion, and it is expected to double in capacity by 2040. The impact of this is massive. By 2050 greenhouse gas emissions associated with plastic production, use and disposal would account for 15 per cent of allowed emissions. Approximately 7 billion of the 9.2 billion tonnes produced from 1950-2017 has became plastic waste. Some 11 million tonnes of plastic waste flow annually into oceans and affect marine and coastal life. Plastic also harms human health.

For more plastic resources, check out List #20 which provided some more examples of plastic in research, the curriculum and campus (along with some more resources).

I would like to create a resource outlining the best practices in business school sustainability reporting over the 2021-2022 reporting period based on information I collected. My hope is that this will inspire future reporting. In order to make this a bit more sustainable for me, I’m looking for funds and a student to help.  The results will be made public and funders recognised. If you are interested, please email me at gweybrecht@thesustainablemba.com

Last but not least, the UN has put a call out for research institutes based in ODA eligible Small Island Developing States looking at ocean issues. If that is you, let me know and I'll connect you.

Have a great week! 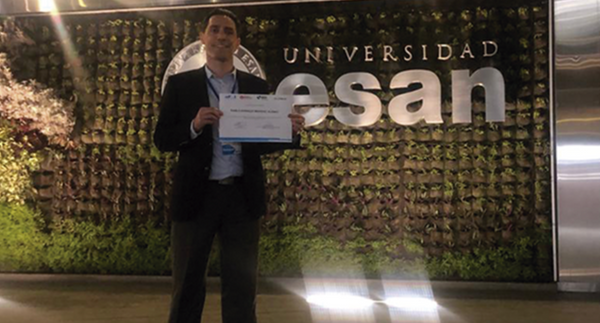